The development of an individual, of its morphological, intellectual and behavioral characteristics is defined by the genetic program written in his chromosomes. The genetic variability among individuals, that is  the existence of multiple alleles for the same locus, allowed human beings during their evolutionary history, to adapt to almost any environment on our planet.
The genetic variability is determined both by sequence variations and the so-called structural genomic variants (deletions, amplifications and inversions).

The architecture of the human genome is characterized by a remarkable plasticity since it contains different genomic elements that favor the formation of structural variants. This property, which plays a very important evolutionary role, determines the formation of new genomic variants that, in some cases, are the cause of diseases.
The activity of our group is focused on the identification of DNA variants in individuals affected by genetic disorders. We do this by using various techniques of genomic investigations, such as array-CGH and next generation sequencing. In particular, we are focused on the identification of rare genomic variants in subjects affected by neurodevelopmental disorders, intellectual disability, epilepsy and autism in order to define their biological role and their clinical implications. 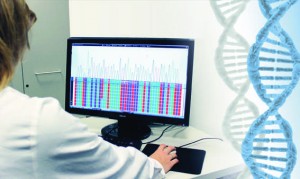