Our laboratories are located at the ICS Maugeri in Pavia. Inherited arrhythmias are disorders caused by mutations in genes encoding for cardiac ion channels that lead to life threatening arrhythmias in young individuals. Our research is focused on the study of the mechanisms that promote arrhythmogenesis in these disorders and on the development of targeted therapies that may reduce mortality in affected individuals. The laboratory coordinates a major EU-funded project (EU-Rhythmy) aimed at finding new ways to treat genetic cardiac arrhythmias.

In the last 15 years we investigated the arrhythmogenic substrate of the dominant and recessive forms of catecholaminergic ventricular tachycardia (CPVT) a disease with high penetrance and high lethality. In 2000 we discovered that the RyR2 gene, encoding for the tetrameric Calcium channel that bears the same name, is responsible for the dominant form of CPVT. In the following years we developed and extensively characterized a knock-in animal model that recapitulates the arrhythmic phenotype seen in CPVT patients. We have also studied the recessive variant of CPVT caused by loss of function mutations in the CASQ2 gene that encodes for Calsequestrin: a protein that polymerizes to form a mesh that binds calcium with high affinity. We have also developed knock out and a knock in animal models of the disease.

Our projects focus on the characterization of electrophysiological mechanisms and calcium handling abnormalities in animal models and cellular models to identify novel therapeutic targets for curing diseases. Among the approaches that we are following is the development of small molecules, gene therapy and drug-repurposing. 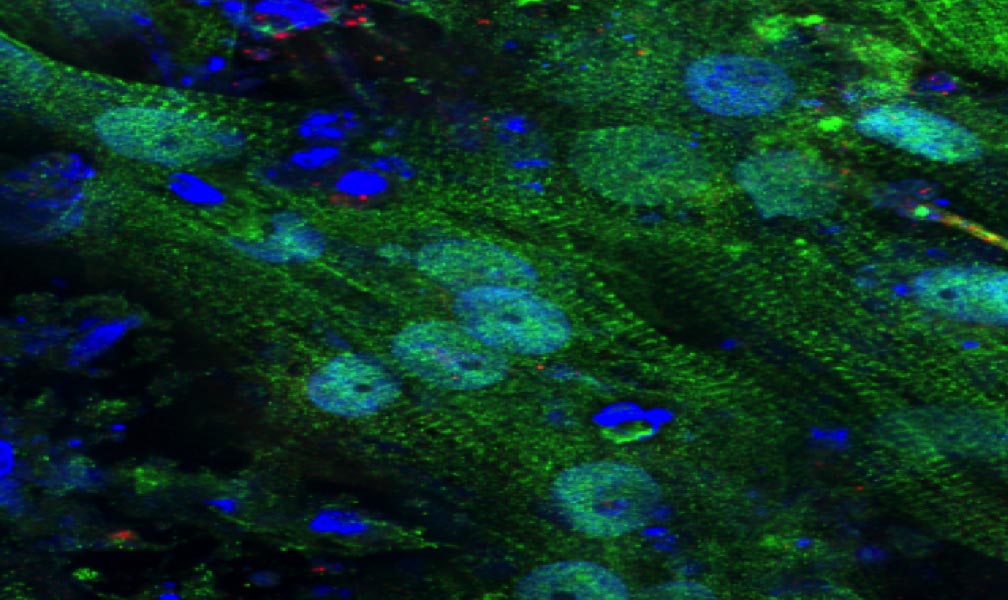